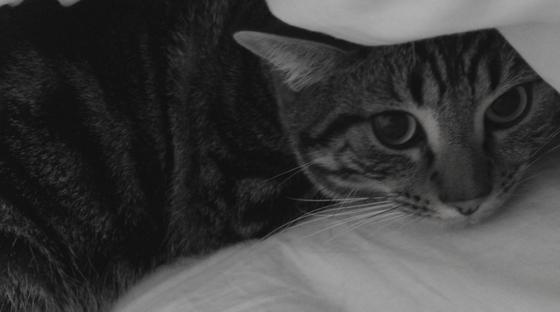 Since 2010 I have created a playlist for the year. Every song added anew to my iTunes has automatically gone on this playlist. When the new year comes I revisit these songs. I had been listening to a lot of Tom Petty and the Heartbreakers after he died. His songs really helped me get through the death of my beautiful dog at aged 15. So, on comes “I Won’t Back Down”.

I had a plan for this post once I saw the daily prompt – allergic. Immediately I knew what I would write: my beautiful baby grey, Kuiper, was the runt of his litter and got sick at the end of his first summer with me. We had a bad six months, and a good six months. The suddenly he was gone. Five years later, and when I think about that time, that day, the pain cuts just as deep. When I try to speak about him I feel like someone is squeezing the life out of me.

I was going to write the black details of that story. The music decided otherwise. The pull of the music, and the memories it evoked, it made me want to tell the happier side of the story: how I got Nova.

I stumbled across Nova on Gumtree (like Craigslist). Someone had posted an advert for a six-month-old tabby that had to be rehomed ASAP. There was nothing else in the advert, no pictures. They only wanted £20. Something about it spoke to me and I decided to call. Foolish? Maybe. A lady answered. Her husband was allergic to cats. He’d nearly died the night before from an asthma attack. The cat had to go.

At this point, I think I already knew I would take the cat. Kuiper had died from a severe asthma attack.

She wasn’t done talking. Nova hadn’t been microchipped or neutered. Was this okay? As far as I was concerned this was my cat now, so it was going to have to be. She paused.

She brought him to the house the next day, 15 minutes late. That was the longest 15 minutes of my life. I was starting to doubt myself, what if it was too soon? It had been 36 hours. What if he was too old? I already had Star, she was 3 now, and Mum had recently adopted Star’s mum, Maggie, aged 4.

He was so scared. This is the very first photograph I took.

I don’t like it when people rename pets. Nova was an exception. The lady had named him Dora. After Dora the Explorer. I came up with a long long list of names that sounded like Dora. He settled on Nova.

That was four and a half years ago. At the time, those early months felt like torture. I feel different when I look back now, we helped each other get through. He’s turned out to be a cat full of quirks. He’s so skittish and easily frightened. He randomly bats at things that have ‘offended’ him and stares at ‘ghosts’. This behaviour is very odd when you consider what ‘breed’ he is…

I took Nova to get neutered the first week I got him. The nurse was surprised by the size of this six-month old ‘kitten’. If she was surprised then the vet was more so. She explained that he was part Scottish Wildcat. His only non-wildcat features are his white ruff and tapered tail. To be a pure Scottish wildcat every box must be ticked, so-to-speak.

My passion for these cats has grown enormously. I have so many stories to tell about Nova and the wildcats but there is a time and a place. 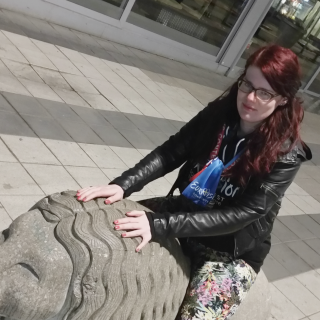